Are you ready to demolish a house, fracture the floor or maybe, making cars fly through the air? These are just some of the things that you will be able to learn in Houdini Renascence Program.

At Houdini Renascence Program, we train you to face any FX project successfully. Here you will learn how to use Houdini to create VFX using particles, volumes, rigid bodies, liquids and much more.

It is a course oriented to people who are looking for to acquire quickly the necessary knowledge to start a career as an FX Artist.

We have tried our best to offer you the best material. This course has been meticulously structured to take your FX skills to the next level so that you will be able to find a job in a top VFX studio in the future or maybe, become a successful FX freelancer.

We will start by explaining how to take your first steps in the software. The content is highly optimized to get you familiar with Houdini in a dynamic and productive way. We won’t talk about every menu or button; all this information will be explained on-the-go, along with the training. Our priority is to make you feel comfortable from the start.

You will find out about the main nodes in Houdini, you will learn to move around the interface and we will teach you how to control points and particles (Points, POPs and POP Grain).

At the end of this module, you will be able to create simulations of rain, sand, snow, perspiration, sparks, ashes, confetti, fireworks, bubbles, and much more.

This is not a lighting and rendering course, but we will teach you everything you need to submit your project with a perfect final look.

Rise Of The Fallen

You will become a weapon of mass destruction! You will learn to perform different types of fractures and we will provide you with all the tools to control and choreograph your simulations.

In this second module, you will put together everything you have learned so far to create complex scenes using particles.

Demolishing a house, fracturing the floor or making cars fly through the air, are just some of the challenges you will face here!

Explosions, fire, smoke, clouds… Everything you have been waiting for! This module is full of action.

We will focus on learning to emit and control volumes, using one of the most powerful solvers in Houdini, i.e., “Pyro Solver”. You will learn different methods to accelerate your simulations, always working as quickly and efficiently as possible. We will teach you how to create shaders that will make your simulation looks realistic.

Recycle! Every setup created during these 8 weeks, can be reused to create new scenes.

We will have to put out the fire after the chaos…

This is the final module of the course, and here you will learn to work with FLIP, which is the Houdini’s solver to create liquids.

You will recreate infinite oceans and simulate water. You will learn how to create foam, bubble and spray passes. Finally, we will teach you how to deal with the different viscosities to get simulations of blood, chocolate, honey, yogurt, caramel, etc.

Enjoy Our Biggest Sale Ever!
Houdini Renascence Program for ONLY 119USD 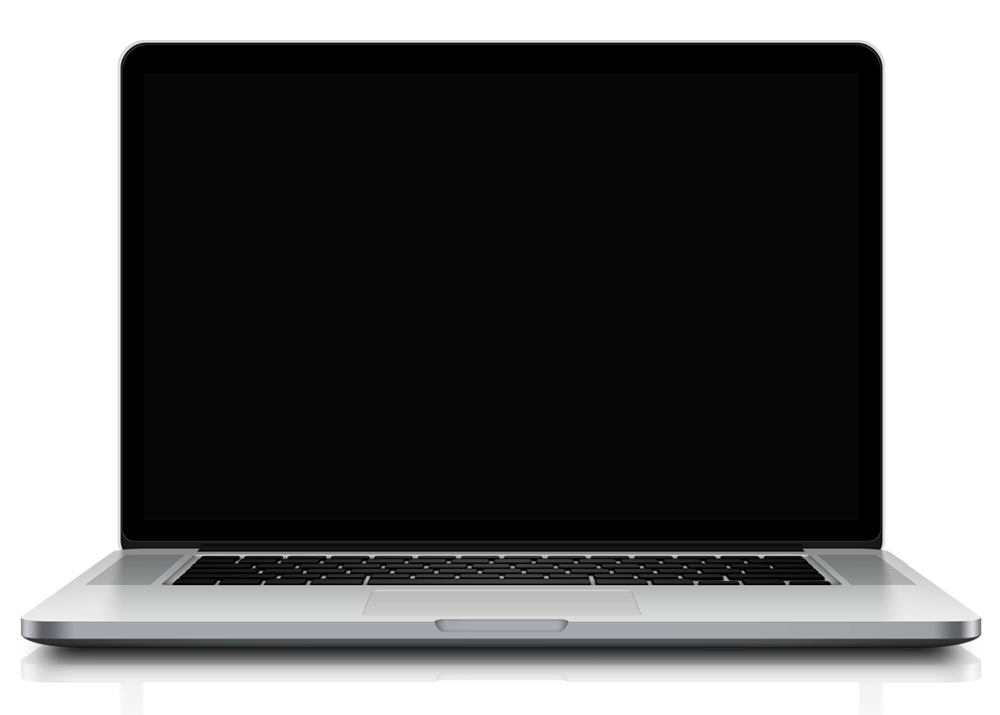 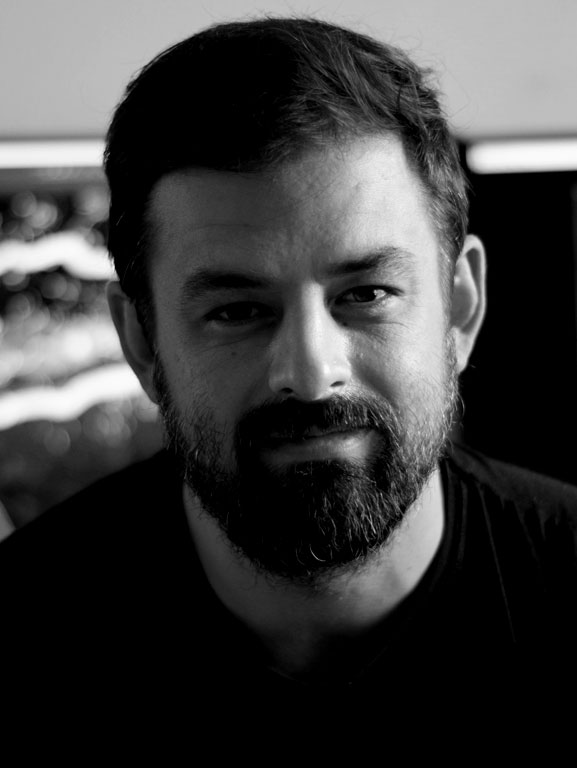 Agustin started working as a professional in Argentina in 2002, making film productions as 3D Generalist. In 2009, the largest advertising company in Buenos Aires hired him as FX Technical Director. He was able to work for numerous TV commercials, obtaining the necessary knowledge to start his international experience in 2010.

Animal Logic, Dr. D Studios, WWFX and MPC were some of the most important studios, in which he worked on projects such as The Legend of the Guardians, Happy Feet 2, Expendables 2 and The Man of Steel, performing his role as FX Technical Director.

In 2011, he founded PyroVFX, a remote FX company, where he has developed film and commercial projects for countries around the globe: Argentina, Brazil, Mexico, USA, Canada, Australia, England, Germany, Spain, Greece, among others.

Pol Villà is a VFX Artist specialized in Houdini software. He studied CGI in FX Animation (Barcelona, Spain), linking later his professional career to the VFX and Animation industry.

After graduation, Pol worked as FX Artist / TD in Ghost VFX, where he had the opportunity to work on various Film and TV projects such as The Nun, Star Trek Discovery, Krypton, The Quake, Colony and Fear The Walking Dead.

He has also experience working as instructor, training artists for the VFX industry and as speaker, teaching audiences his top-notch FX techniques. 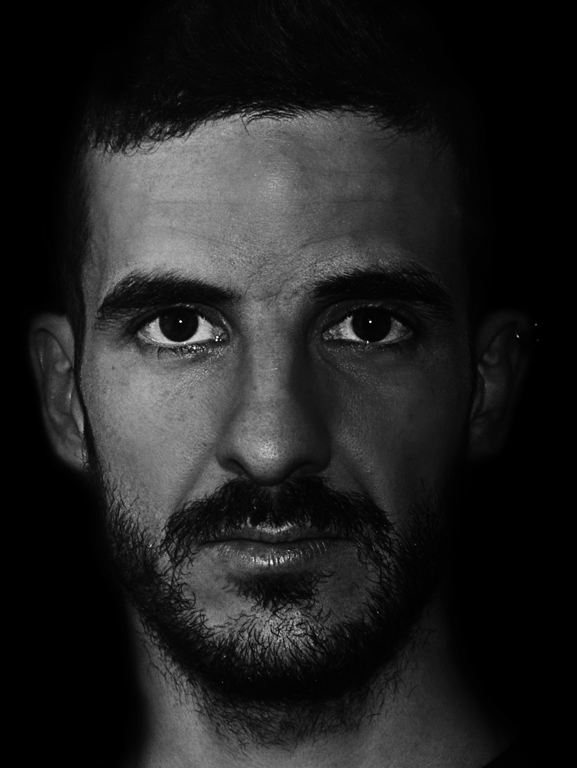 Below are some answers to common questions about Houdini Renascence Program

How do I enroll and register?

Then you will be able to pay right away and get access to the course.

Is this program an advanced Houdini course?

No, Houdini Renascence Program is a course for beginners.

Who is it intended for?

This course is oriented to both 3D industry students and professionals who wish to specialize in FX or who want to approach Houdini for the first time.

What is the start date?

We offer a unique teaching system: no schedules or start dates!

You can follow your own pace, start anytime and study as much or as little as you want.

Do I need to buy Houdini Indie or FX?

Will I get a certificate after completing this course?

This is not a certified course but will cover the skills and background knowledge needed to create your professional Demo Reel.

Your Demo Reel is your calling card and ticket to new job opportunities. It’s definitely the key towards landing your dream job!

Could I take this course if I do not have 3D basic knowledge?

This is not an introduction to 3D course but an FX introductory course, so good 3D generalist background is required.

If you have some experience in modeling, animation or lighting, you should be familiar with the basic 3D concepts.

Should I have previous experience in Houdini for taking this course?

No previous experience in Houdini is required, but the student must know and understand the basic 3D concepts.

Yes, you will get access to all videos so you can take the course as fast or slow as you want.

Are the videos downloadable?

No, all video classes are hosted in the VFX Campus.

Is included Vellum multi-solver in this course?

No, Vellum is not included in this course.

Do you provide support to solve questions?

We have a community forum, where you can find solutions, share ideas and follow discussions. It is a place for connecting with other students, learning new skills, sharing feedback and finding all the support you need for your projects.

Bear in mind that it is not guaranteed that you will receive a reply from The VFX School team, only in the case of the most frequent questions.

How much time do I need to spend studying each week?

It depends on your learning capability and your dedication. However, you can spend as much time as you need on every class as there is not schedule or start date.

A key factor: Practice as much as you can. The more your practice the easier it will become!

Can I pay by bank transfer or credit card?

PayPal is the default payment method, a well-known, trusted, and secure way to make payments over the Internet.

Making a payment to us through PayPal is easy. You can sign up for free! Find out more information by going to the PayPal web site here. You can also pay with a friend or relative’s PayPal account.

However, if you can’t process your payment via PayPal, please contact with our team at info@thevfxschool.com who will kindly offer you other payment methods (bank transfer, credit card…).

Can I make the payment in installments?

No, installment payments are not possible. You will have to make a one-time payment.

Wanna get in touch? Let’s talk

- Import and analyze geometry.
- Splitting geometry into sim and non sim areas.
- Further organizing the bridge into fracture areas, deformable metal and rigid metal.
- Fracturing the road with the boolean method.
- Using booleans to prepare the geometry so that it is appropriate for bullet simulation.
- Using voronoi fracture method for the deformable metal.
- Using soft constraints with plasticity.
- Combining animated and simulated geometry with the ‘active’ and ‘animated’ attributes.
- Caching bullet sims efficiently.
- Deforming high-res geometry with low-res simulated geometry.

- Importing and organizing the car models.
- Creating groups for the wheels and the bodies.
- Using the new ‘scatteralign’ and ‘attribfrompieces’ SOPs to scatter the cars onto the road.
- Procedurally remove intersecting cars.
- Simple bullet sim to provide a more interesting layout.
- Using soft constraints and cone twist constraints for a simple suspension system.
- Hacking the ‘rbdbulletsolver’ SOP to configure the cone twist constraints.

- Creating a source for a POP sim with the ‘debrissource’ SOP.
- Simple POP simulation for the particle debris.
- Setting up a source for a Pyro sim.
- Culling geometry based on speed.
- Using the rest attribute to apply noise to animated geometry.
- Adding detail to a Pyro sim with disturbance and turbulence.
- Using a POP sim and a bullet sim as sources for Pyro sims.

- Using the Boolean system to create interesting fracture pieces.
- Making the sim more efficient by deleting pieces that are inside the geometry.
- Manually creating clusters with constraints.
- Creating proxy geometry with the 'Convex Decomposition' node.
- Using the active attribute to fix the borders of the geometry.
- Creating bombs and a shockwave with Metaballs.
- Using velocity to set up a debris source.
- Setting up a simple Pyro simulation.

- Understanding and organizing an fbx animation.
- Creating a suspension system.
- Isolating simulated and non-simulated parts of a geometry.
- Using cone twist constraints for wheels and suspension.
- Dealing with planar geometry.
- Passing velocity and position from an animation to simulation geometry.
- Setting the collision ignore attribute.

- Creating geometry appropriate for vellum cloth sims.
- Using a T-Pose and the 'Blend Shapes' SOP to drape the cloth ready for the first frame.
- Using the 'Edge Fracture' SOP to create tears.
- Creating cloth constraints and setting some constraint properties.
- Using the 'Attach to Geometry' constraints.
- Welding the tear points.
- Using the vellum solver in the SOP context.
- Creating stiff areas of cloth.

¡IR AHORA!
By continuing to browse the site you are agreeing to our Use of cookies